You are here: Home > Knowledge Base > All About Domain Names > Internationalized Domain Names

All About Internationalized Domain Names

Thanks to Internationalized Domain Names (IDNs), the Internet is becoming truly global. IDNs were long waited for and even though there are some concerns in relation to them, there is no doubt that IDNs will move the Internet one step further.

What Is So Special About IDNs? 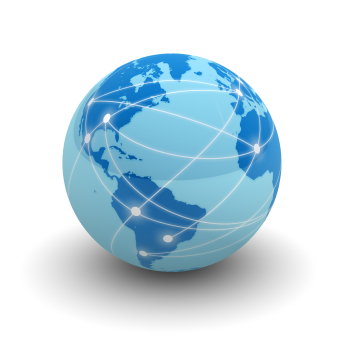 If the only language you use is English, you will hardly fully appreciate IDNs, but for billions of people all over the world, who are bilingual, or who don't use English at all, Internationalized Domain Names are a remarkable step in the development of Internet. According to the definition of ICANN, "Internationalized Domain Names (IDNs) are domain names represented by local language characters. Such domain names could contain letters or characters from non-ASCII scripts (for example, Arabic or Chinese). "

However, IDNs are not limited to languages with only non-Latin alphabets, such as Arabic or Chinese. Many languages, which use a Latin-based alphabet, such as Spanish, German, French, or to some extent Russian, will also benefit from IDNs because now it will be possible to write domain names in these languages exactly like the words are supposed to be spelled rather than transcribing them into English. For instance, if you wanted to have a German domain such as Bűcher.com (Books.com), you couldn't use the umlaut symbol and you had to write it either as Bucher.com, or transcribe it using the "ue" notation for umlaut (i.e. Buecher.com). For a German speaker both workaround variants were readable but still they were a workaround, not a solution. Now, with IDNs, these issues are history.

Unlike domain names up to here, which used only ASCII symbols, IDNs use Punycode. It was this ASCII limitation that didn't allow for non-ASCII symbols in URLs and domain names. This limitation wasn't in vain because the whole Domain Name System (DNS) was designed to work only with ASCII symbols. A modification to the Domain Name System was required in order to make IDNs happen. In other words, it was necessary to find an acceptable way to translate non-ASCII domain names into ASCII symbols, which then can be resolved into an IP address. After decades of hard work, finally a solution was reached and at the end of 2009, IDNs became a reality.

IDNs were long waited for and it is not an exaggeration to say that their role in the development of the Internet is similar to a revolution. IDNs will have many positive impacts, some of which are:

IDNs are a great step towards the true internationalization of the Web. It might seem as if this step should have been taken many years ago but the technical, as well as some other concerns, that prevented it from happening are too serious to be neglected. Some of these concerns are still not resolved but nevertheless, we can congratulate ourselves for welcoming IDNs.

As we just mentioned, IDNs were not implemented earlier not because ICANN didn't want to but because of technical, as well as some other, issues. Fortunately, the main technical issues have been solved but this doesn't mean that there are no outstanding ones. IDNs pose a lot of concerns and some of them are:

Some of these IDN concerns are pretty serious and when IDNs become widely used, there might be serious problems. However, in many aspects IDNs were inevitable, so no matter if they pose difficulties or not, they needed to be accepted. With all the revolutionary benefits IDNs have, we just need to put up with the disadvantages and try to find painless solutions to them.