You are here: Home > Knowledge Base > Industry Insights > What Open Source Means Today

In today’s increasingly competitive software market, the rising number of open source applications and the growing adoption rate of these same solutions is placing a lot of pressure on tech giants like Oracle, Microsoft, Apple and Sun to name a few. While this has always been the case in the server and database space, it is becoming evident that it is growing tremendously in the mobile platform space and maybe even in the operating system space for consumer computers.

In recent years the rapid growth and popularity of iOS powered devices, specifically the iPhone has given rise to the need for an alternative that could not only challenge the iOS platform, but make up for shortcomings found in iOS. This is where the open source Android operating system comes into play. Fast forward to the year 2010 and after several revisions and more than 30 handsets, the Android operating system is making its way into almost all new mobile phones and tablet devices. The proliferation of Android powered devices has brought an open source operating system to the masses like never before. 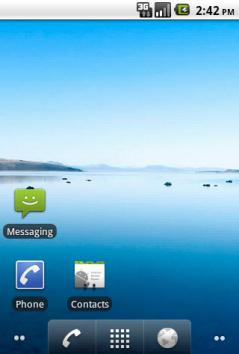 In terms of the PC, the Windows powered netbook is being threatened by the impending release of a Chrome powered netbook later this fall. Like Ubuntu and other Linux variants that are based on Linux, Google Chrome OS is derived from an open source project powered by Chromium OS. Google's Chrome OS may succeed where other operating systems have failed when confronted with Windows. Chrome OS has the advantage of being very similar to its cousin the Chrome browser which is now used by 17% of internet users. The familiarity with the Chrome browser and the use of Google's services like Gmail, Docs, Calendar and others  by more than 176 million users will make it easier for Windows users to opt for a Chrome OS powered device rather than a Windows Netbook, especially if they are offered at a lower price point. At the end of the day most netbooks are used for menial tasks like browsing the web, basic document editing and email, a space on the cloud where Google has made leaps and bounds in comparison to its competitors. I think that this is where Google has done a great job of positioning their OS, their suite of apps, and the browser as the focal point of all user activities.

Folks at Ubuntu and other Linux flavor developers are probably wishing they had made their distribution more "average user friendly" or that they would have approached the adoption of their operating system in a manner similar to Google's using Firefox as the foundation. Don't get me wrong, Linux flavors like Ubuntu do a great job of making things easier for the average user who may be new to Linux, but they lack the reach and adoption outside of the software-guru sphere. They also lack the resources a company like Apple employs via their Genius Bar to train Windows users to become familiar with the differences between Windows and Mac OS platforms.

I initially mentioned the open source projects surrounding mobile device operating systems and operating systems powering netbook/tablet-like devices, but there is a whole other world of open source when we delve into the topic of the web. Content Management Systems (CMS) like WordPress, Drupal, and Joomla run the vast majority of blogs and websites on the internet. Ever wonder what powers the blogs at the Wall Street Journal, Forbes, TechCrunch, Mashable, CNN and other top ranking news and content sites on the web? It's all open source, most blogs run on WordPress, others on Drupal, and the rest on Joomla and other Open source CMS scripts. The growing trend of businesses and individuals to use blogging as a way to reach customers and their audiences has accelerated the need for solutions that can be powered with very little investment in time and money. This is where these platforms outperform their paid counterparts.

As we can see there is a shift towards open source solutions that range from operating systems to the web, however this shift and reliance on an open source community for support and evolution of the product has its pitfalls. A perfect example is Android powered handsets. When a carrier or handset manufacturer releases a new Android handset they usually customize and include a slew of options that are relevant to the carrier, what occurs though is that Google will release a new version of the Android OS and like with Froyo (Android 2.2) there are customers who run older versions of Android that still can't update to the latest version because the carrier hasn't gone through all hoops necessary to update their official version to the latest version from Google. What happens is that a lot of people wishing to take advantage of the new features end up downloading and installing an unsupported version of the operating system and the carrier loses control of the devices on their ecosystem, they lose the customizations, and all the work put into developing their own flavor of Android. You also have instances of manufacturers not including the latest build in new products; does Dell Streak ring a bell?

In terms of the open source community surrounding WordPress and other CMS platforms is the problem of maintaining plug-ins. Plug-ins extend the use and functionality of the core WordPress installation, they also make it easy for non-programmers/developers to use customize WordPress themes and use features that would require a lot of backend coding by a WordPress/Web developer. Ask anyone running WordPress how many times they've delayed upgrading to the latest WordPress version or lost some sort of useful functionality because the developer who wrote a plug-in moved on to bigger and better things or simply became tired of constant updates and providing free support. Don't get me wrong there is tons of extremely useful plug-ins by single developers that have been maintained version after version with probably hundreds of hours of free support to users like me, but this does happen and it is a problem especially if you've been using WordPress for a while.

The fact is that open source applications are stronger and more widely adopted than ever. The growing trend of open source adoption by the non-techie users should sound an alarm for software companies that rely on income from their paid application suites and have not yet figured out a way to make money from free software. In the meantime folks at WordPress.com make money from ads, VIP accounts, and premium support, Google is making money by placing a Google search bar on the millions of Android powered devices on the market and it will soon give that capability to Chrome OS users as well. How will Microsoft and Apple respond?