You are here: Home > Knowledge Base > Industry Insights > Summary of 2011

Trends in web hosting have varied from year to year, with some years showing bigger advances and more changes to the hosting landscape than other years. In 2011, users had access to more resources and experienced greater ease of use at lower costs. Most of the web hosting trends in 2011 were small changes that focused on convenience and accessibility. The cloud continued to reign, web hosting got greener and technological advances made the Internet more mobile than it has ever been. Some excesses remained, although more hosts focused on the smart use of resources. Mobile Internet, the cloud and greener hosting are likely to continue to trend, but there may be new compatibility, censorship and security concerns beginning in 2012. 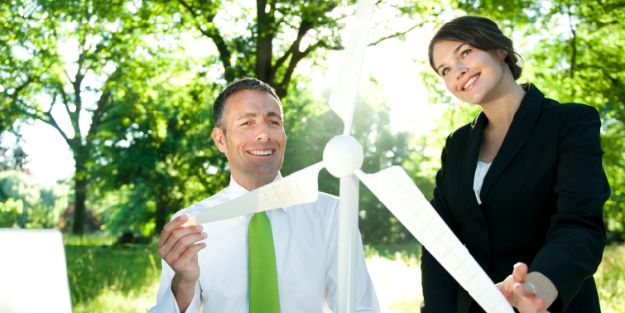 Many hosting companies offered users an increased number of integrated tools to make creating and hosting websites easier in 2011. Users no longer needed to be experts in configuring databases or mySQL in order to quickly create and host professional and advanced websites. These integrated scripts and applications allowed many newbies to begin blogging or creating other websites with little advanced knowledge. Configuring a hosting account was a long and difficult process just a few years ago, but integrating hosting tools now allow almost anyone to quickly get their website running. Unfortunately, the ease of creating and posting content has also led to the pollution of the Internet with low-quality content, copyright infringement and increased spam. Expect hosts to search for better solutions to reducing spam and infringement without restricting original content creators.

E-commerce is an area of the Internet, and web hosting, that continues to grow. Cyber Monday 2011 broke many records and greatly exceeded expectations, which reflected the trend of doing more business transactions online. More companies are looking to make sales online in order to reduce overhead and reach a larger market. The steady increase in sales over the Internet continued through 2011 and left many hosting customers seeking the best hosting options to help achieve their sales goals. Many hosts began offering a greater number of integrated e-commerce tools. Customers looked for hosting plans with integrated shopping cart software with easy integration of merchant or PayPal accounts. The security of e-commerce websites remained a concern, but features like SSL Secure Certification gave buyers and website owners the confidence to do even more transactions online.

Virtual private server hosting, known as VPS, was one of the fastest growing segments of web hosting this year. Many customers found that the efficiency was not quite as good as they had hoped, but they appreciated the features offered by this type of hosting. This technology gave customers the same privacy as a separate physical server but with the benefits of using virtual machines. The increase in the number of tablets, phones, e-readers and other devices used for computing caused many concerns about compatibility. VPS hosting reduced compatibility problems by allowing customers to host legacy applications on older operating system versions and host new applications on the same server. VPS hosting greatly reduced hardware and power expenses and customers saw the savings. As 2012 approaches, expect more hosts to join this segment of the market. Hosts will focus on increasing efficiency and competition between hosting companies in order to bring even lower prices to consumers.

Although cloud computing is not a new concept, cloud hosting was a huge trend in in 2011. In an effort to reduce costs and conserve resources, many companies chose to downgrade from dedicated hosting plans. Overestimating requirements was still a common problem, but scalability and the appeal of instant and unlimited room for expansion convinced many customers to switch to cloud hosting. The flexible billing structure also won many fans because customers are only charged for their exact usage with cloud hosting plans. Many companies canceled their flat-rate plans and stopped overpaying for unused resources. Expect more businesses to choose this type of hosting as everyone continues to look for ways to save during difficult economic times.

Many aspects of life went greener in 2011 and web hosting was no exception. Companies building data centers focused on using more environmentally-friendly materials to build the facilities and used advanced technologies to keep these facilities running with less impact to the environment. Innovations in climate control and cabinet design made it possible for modern colocation centers to house more servers in smaller spaces. Customers maximized the value of their hosting while web hosts improved efficiency and showed that they are concerned about preserving the environment.

In 2011, hosts struggled to ensure that hosted content complied with the Digital Millennium Copyright Act. Many hosts saw a dramatic increase in the number of claims of copyright infringement, which led to the development of clearer procedures for filing and responding to claims. A disturbing trend that increased in 2011 was the allegation that many competitors were filing DMCA claims against each other in order to unfairly limit competition. Website creators looked for hosts that were clear about their DMCA policies. Most hosts now place these policies clearly on the front page of their website to avoid confusion among users and to ward off customers looking to leverage DMCA claims as a replacement for market competition.

Remember Y2K? One slight concern as we head into 2012 is the exhaustion of IP addresses under the old IPv4 system. Much like the Y2K scare, IPv4 is likely to be talked about and soon forgotten. There are more than four billion IP addresses available under the Ipv4 system, but considering the dramatically increasing number of mobile devices accessing the Internet, that number will soon be exhausted. The IPv6 system will probably be universally accepted by the beginning of 2012. Companies have already begun testing this technology, which has about 340 undecillion IP addresses. Even though the switch to IPv6 is unlikely to cause any major outages, there will be some resulting trends. Individual IP addresses may be more difficult to track because with such a large number of addresses available, hackers and other malicious users will be able to easily switch IP addresses. Web hosts will work on providing better tools to increase security and combat spam.

The US government is getting involved in the war on spam and copyright infringement, but many believe that newly-introduced bills may have the undesired effect of censorship and restricting freedom on the Internet. SOPA and the Protect IP Act are two bills up for vote at the end of 2011. These bills would allow the government to have more control over the Internet, the content hosted and who views that content. The US government would use DNS blocking to prevent Americans from accessing certain international websites that contain material that infringes copyrights. The infringing content may come in the form of links to sites that infringe. The burden will be on website creators and hosts to keep such materials off their sites and servers, even if the links or content are provided in the form of comments or posts by site visitors. The biggest impact is likely to be felt by large hosting companies or large websites that are accessed by many users. Even if these two bills do not pass in their current forms, expect the US government to become more involved in combating hacking, spam and copyright infringement in 2012.

The majority of trends in 2012 will focus on increased accessibility, cloud technology and even more integrated tools that increase convenience. As more users go mobile, hosting will find more efficient ways to deliver content and services to users on a variety of devices. More companies are likely to turn to remote colocation services, which allow companies to host their content on servers managed by others. Companies that choose this hosting option save money and pass these savings along to the customers because there is no need to have company employees at the same location as the servers and any maintenance can be handled by telephone or Internet by communicating with the data center employees. Convenience and reducing costs will probably always be popular trends, but look for these to be a focus in 2012 as we move ahead in economically uncertain times.