You are here: Home > Knowledge Base > Industry Insights > The Dirty Story of WikiLeaks

The Dirty Story of WikiLeaks

The fury over WikiLeaks and the websites controversial content has reached an all time high this week, stretching far past the United States and into the corners of the globe. Companies such as Amazon and PayPal have been successfully pressured into cutting services to the site by the U.S. government. Servers located in both Sweden and Switzerland have been attached by hackers trying to crash the site and most recently bank accounts have been frozen and PayPal has canceled services to stop funds reaching the site’s founder Julian Assange.

In case you have missed the news coverage here is a little background. WikiLeaks has been publishing leaks since 2007 but Sunday the 28th of November 2010, WikiLeaks began releasing the first of 250,000 secret US embassy cables received from an anonymous source. It was these documents that have caused the sites newest problems and they have been called embarrassing, criminal and in some cases a threat to US national security.

While the documents shared so far have not been labeled “Top Secret” they were hidden for obvious reasons and the US has gone into attack mode trying to get the documents off the internet. Many reporters have sided with WikiLeaks saying it’s freedom of speech and pointing out that if governments and individuals stopped behaving badly there would be no secrets to leak in the first place.

Is the U.S. government trying so hard to shut WikiLeaks down because they know the worst has not yet been revealed? Then the question becomes how far are they willing to go. And is WikiLeaks breaking any laws that could in fact shut down the site for good?

December 1st Amazon ousted WikiLeaks from their servers for “violating the terms of service” with the provider. It was widely reported that pressure from Senator Lieberman caused Amazon to look more closely at the site but they deny it was the reason they terminated the services.

Soon after this WikiLeaks moved their site to servers run by a Swedish Firm, Bahnhof Internet AB but more problems soon arose. EveryDNS.net, which provided the DNS services to the wikileaks.org domain terminated their services. Many assume this was also from pressure within the US government.

The next 72 hours reads much like a spy novel with the website “running” from country to country with changing URLs, hackers trying to attach the servers hosting the website and on the other side hackers trying to take down online companies who denied WikiLeaks services such as Amazon, Visa, PayPal and MasterCard.

After a tough week for the site and its founder Julian Assange, who is facing a sex-crimes charge, it all appears to revolve around Sweden. Here are the details:

Currently the site is using a Swedish hosting provider named PRQ which belongs to Gottfrid Svartholm and Fredrik Neij, two of the founders of Pirate Bay a file sharing website that the Swedish government is currently trying to shut down. PQR is known for its privacy agreements and does not sensor the contents their company hosts.

The site is also using a Swedish-based micro-payment system Flattr that is channeling donations to the WikiLeaks organizations now that PayPal has denied services to WikiLeaks. Flattr is co-founded by Peter Sunde who was also a founder of the torrent site Pirate Bay.

Bahnhof’s data center in central Stockholm now houses the site on their servers. The facility is an underground nuclear bunker below 100ft of bedrock that you would think could protect it from those opposing the site but last Wednesday the servers lost power. Bahnhof stated that they had a power outage related to “site expansion” that included a new cooling system. 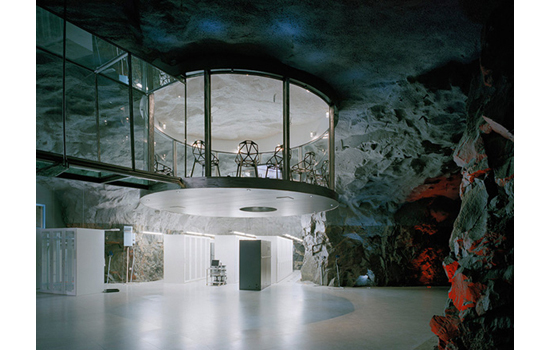 You could say that the power outage at Bahnhof was bad timing but you can’t help but wonder how far the US government will go to shut down WikiLeaks. Some websites have even implied that the Swedish women charging Assange with sex-crimes were planted to put the WikiLeaks founder behind bars.

All of the Swedish companies providing services to WikiLeaks have stated that they will continue to do so until the site violates Swedish laws or they cannot make payments, an important reason for the site to continue accepting donations.

Today the top UN Human Rights official spoke out against the “pressure exerted” on private firms to cut ties and funds to WikiLeaks. Speaking at a press conference in Geneva Navi Pillay this was "potentially violating WikiLeaks' right to freedom of expression".

Time will tell if WikiLeaks is indeed behaving illegally and if criminal charges will be brought forward to close the site. This week Assange is in police custody and is waiting to see if he will be transported to Sweden for trial regarding the sex-crime allegations.

With all the attention that the site is getting, would you be willing to host WikiLeaks? We welcome your comments.