You are here: Home > Knowledge Base > Industry Insights > All About PayPal

Since being founded in 1999, PayPal has become the most popular was to send and receive money online. In order to be successful online, most companies must accept PayPal payments. The company was designed based on the premise that buyers and sellers put themselves at risk anytime they share sensitive financial information.

By acting as an intermediary of sorts - and by handling the complex series of interchanges that must occur between banks, credit cards, debit cards and other financial instruments - PayPal makes it easy for just about anyone to buy or sell something online. This is also true with web hosting. These three providers are our editors' favorites when it comes to offering top plans in combination with the simplicity of paying via PayPal:

A Snapshot of PayPal's History

PayPal's success has been truly meteoric. It was founded right around the time that eBay was coming into prominence. There was a gaping need for a reliable, safe way to send and receive money online. Although eBay set up its own solution - Billpoint, or eBay Payments - it was short-lived. To bring the point home, consider these facts: In 2002, approximately 200,000 daily auctions were paid for using PayPal; only 4,000 of them were handled by Billpoint. In early 2002, PayPal held its IPO. Shares started at $15.41 and ended over $20. 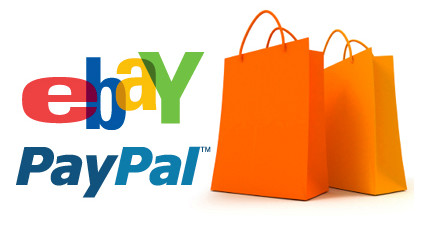 Perhaps inevitably, PayPal was purchased by eBay later on in 2002. They had to pay dearly for the privilege, though - $1.4 billion in stock was the ultimate price. eBay quickly integrated PayPal into its services; the two services were a truly perfect fit. However, PayPal further distinguished itself by being more than just an online clearinghouse for eBay. Instead, it has expanded its services to encompass a truly breathtaking number of services and products. Everyone from high-volume businesses to everyday people can make use of the services that PayPal has to offer.

A Flexible Array of Services

PayPal's user-friendliness has been a huge reason for its ongoing success. Anyone can open a PayPal account; basic accounts are free of charge. Depending on what the PayPal account will be used for, people can link it to their bank accounts, credit cards and other financial tools. In doing so, they broaden the number of ways in which they can use the service. At its simplest, PayPal can be used to send funds to anyone with an email address; at its most complex, it can be used to pay the salaries of a huge number of people. In between, there are countless possibilities - and buyers and sellers are protected the whole while.

Questions regarding PayPal? Send us an email at: editor(a)webhostingsearch.com