You are here: Home > Knowledge Base > Basics of Web Hosting > Understanding Web Servers

It is not necessary to learn server administration to create, maintain, or use a website, in the same way that a mechanical engineering degree isn’t needed to drive or ride a car. A basic understanding of how things work, however, can make you a better and more efficient site owner.

The knowledge can help you in troubleshooting issues, and at the very least, the next time you buy web hosting, you won’t be as confused with jargon as you were at first (if you’re a newbie, then you’re in luck: we have a glossary of web hosting terms).

What is a Server?

This may sound like a common fact school kids already know, but most adults don’t know what a server actually is. Simply put, servers are computers meant for a particular use. Their counterparts are called “client” computers which the servers “serve.” Some servers are dedicated to a singular task (i.e., running a database or working with the printer); some can have multiple uses (i.e., an office computer that is both a file server and a print server).

If you imagine it as a human-like transaction between computers (the waiter at your favorite restaurant is your “server” and you are the “client”), this is much easier to understand and remember. 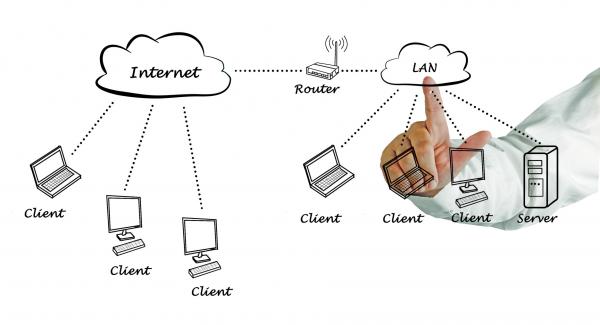 Servers can also act as clients and vice-versa. Typically, computers in a home or office network can fulfill both roles, sharing resources with each other. In computer networking terminology, they are called “peers” in a “peer-to-peer” network. For example, your desktop computer can connect to your laptop or mobile device to either request or provide data.

For home use, it makes no sense to buy a separate, costly server machine if you just want to play games or fax documents (unless you intend to DIY self-hosting from home). Even a Windows 7 or 8 machine can be configured to service a small office of less than 10 people.

However, there are many situations where a dedicated, specialized computer server or sets servers are required. One of this is web hosting. We will focus on web servers in this article. 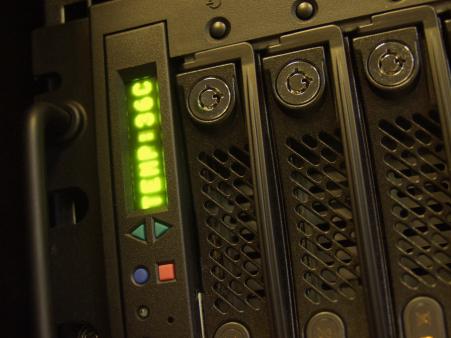 Web servers are the work horses of the World Wide Web. You are reading this article because your web browser – a program especially developed for fetching and displaying web pages – retrieved this web page from the server it is hosted on, following the rules of HTTP. The HTTP protocol governs how computers “talk” to each other over the web, even if they came from different manufacturers, have different specifications, or run on incompatible platforms.

When you clicked on the link to this page (which is most likely), the client browser sent an HTTP request that went zinging insanely fast through cyberspace, until it found the host server, which then “serves up” this page.

Your browser then interprets the static (HTML, CSS) and dynamic content that this page has and reconstructs it for you. Whether you’re using Mozilla Firefox, Chrome, Safari, or another browser, you should be able to view this page’s HTML text as our developers meant it for you to see (although they’d differ slightly in how they render the page; not all browsers support certain web technologies, such as CSS3 or HTML5, consistently).

Web servers work in concert with other types of servers. For example, when you play the video above, a request is sent to the media server that holds the video file, and the related content down below is fetched from our database server that . All these exchanges between computers are happening at an instantaneous speed that you’d hardly notice – unless you have a weak Internet connection that slows or breaks down communication between your browser and our servers. Often in this case, you get an error message.

Anatomy of a Web Server

The term “web server” can refer to either the hardware setup or the software that turns a computer into a web server.

As already mentioned earlier, web servers are a special type of computers, so if you’d like to host your website from home, you can do it with the computer you already have. However, this means your computer should never be turned off, has a backup power supply, has an excellent cooling system, is always connected to the Internet, and has a static IP address. Most home computers aren’t built for this purpose, and you could easily rack up enormous electricity and ISP bills – not to mention you’d have to constantly monitor your machines yourself.

Unless you are a serious computer hobbyist or represent a large company, it’s more economical and practical in the long run to have your site hosted by a web host provider who has the capability and resources to guarantee uptime, security, and overall performance.

Web hosting companies typically have numerous server arrays housed in facilities with redundant power supply and cooling equipment. The larger companies often have their server facilities in multiple locations around the globe. Aside from putting together the latest hardware, they also employ state of the art server software.

Let’s now take a quick look at the hardware and software components of web servers. 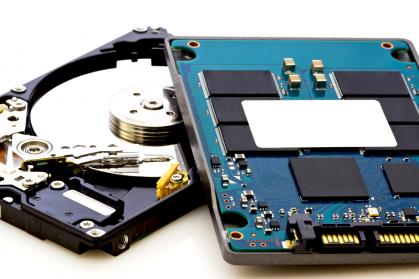 Most websites and web applications today are hosted on specially-built web servers that could process huge amounts of requests from client computers and withstand the stresses of 24/7 operations. They are never shut down, and in case one needs to be repaired or replaced, other servers are programmed to take on its load.

To maximize data center space and the technicians’ efforts, physical servers are stripped down to their barest configuration and could be mounted on cabinets or racks (thus the name “rack server”). An even slimmer, bare-bones version is called a “blade server” which could fit in smaller bays. These servers do not each need a monitor, a keyboard, and a mouse, as personal computers do. Many servers could share the same user input and output devices and could be administered remotely. 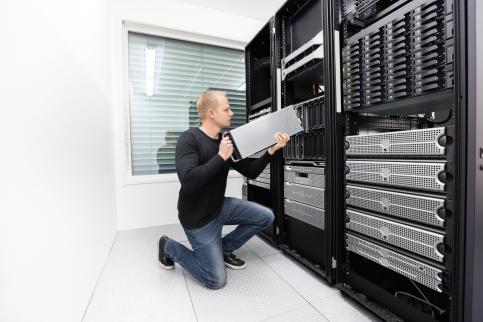 Web server software is often an HTTP server, which means it primarily serves up web content using the rules of HTTP. There are so many kinds of web server software, some free, others proprietary. They differ not only in cost, but also in their compatibility with operating systems, security features, specialized tasks, and performance. 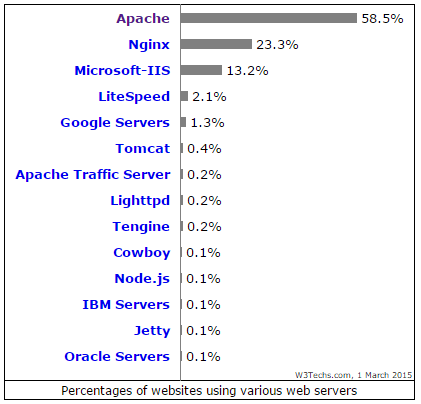 More than half of web servers run using open-source Apache. If you’d like to learn what software your site’s web server is running, you could use this tool by Netcraft: http://toolbar.netcraft.com/site_report

What is the best web server configuration?

The ideal server configuration depends upon what it will be used for. Server specs for shared hosting, VPS, dedicated, and other types of hosting plans will vary from one hosting provider to another. It’s not difficult to find out what kinds of servers a web hosting company employs; they often proudly advertise the level of server tech they have to entice customers. Normally this information is on their sales or FAQ pages (such as this one by Hostgator). If you need something more detailed, you could contact a company’s pre-sales support staff.

We have only scratched the surface of this topic – we have not even touched upon special kinds of web servers: cloud servers and virtual servers. At this point, we hope you’ve learned enough to guide you when you’re planning to buy a hosting package or working with your current web host to resolve issues.

If you’d like to learn more about servers, we recommend this video by “Eli the Computer Guy”: