You are here: Home > Knowledge Base > Web Design and Programming > 10 Best Code Editors in 2015

For programmers and developers, text editors and Integrated Development Environments (IDEs) -- an all-in-one suite of programming tools -- can be a great productivity-booster. While the criteria for what makes "good" editor/IDE can be highly subjective, we've nonetheless listed the ones that, at the very least, can fulfill the most essential programming tasks with maximum efficiency and minimum hassle. Here's an overview of them: 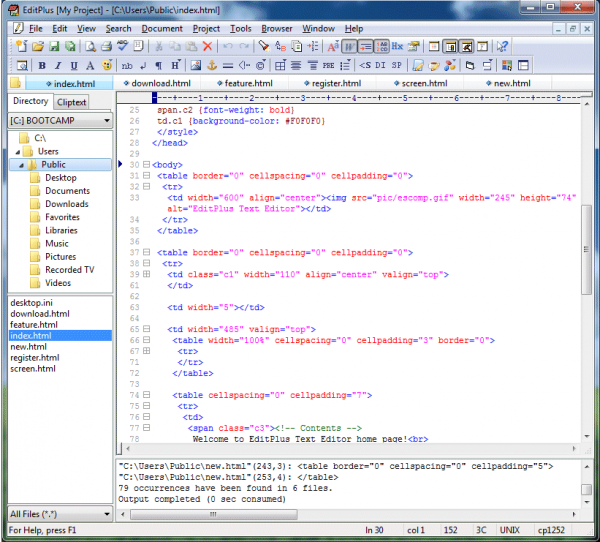 There are plenty of reasons we recommend this powerful text editor for Windows. It supports syntax highlighting across a wide variety of programming languages, such as ASP, JavaScript, C++, Perl and PHP. Other standout features include its efficient code folding, cliptext, auto completion, and highly  customizable rendering engine. This is a great choice for intermediate and advanced coders, who have enough mastery of HTML to manipulate the application according to their needs. User licenses start at $35 per user. 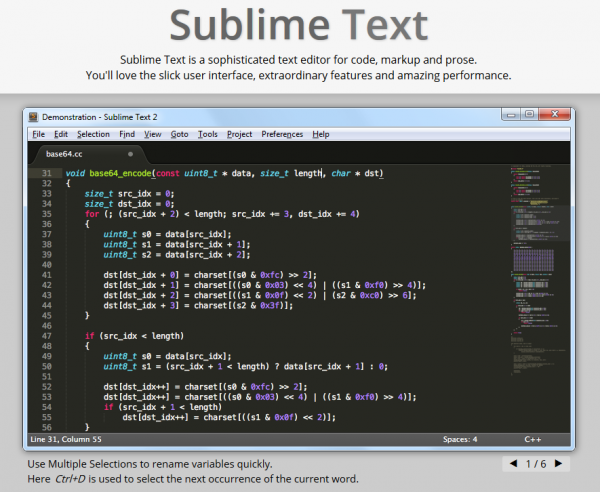 This text editor gets points for its ability to work across Windows, Linux and OS X. It's bundled with addons and plugins that complement different programming languages, and allows multiple documents to be viewed through a tabbed interface. You can also customize shortcuts, and take advantage of the distraction-free mode, for maximum productivity. Sublime Text is available as evaluation software, but you can also purchase a full license for $70 per user.

Visual Studio is more than just an editor. It's also an IDE, which means you can perform debugging, refactoring, and other tasks that otherwise use up a huge chunk of your time. It's best used for C/C++, though it also supports JavaScript, Python, Visual Basic and others. Keep an eye out for its latest iteration, Visual Studio Code, which works across different platforms, supports ASP.Net 5 development, and has the ability to integrate with code repositories and package managers. 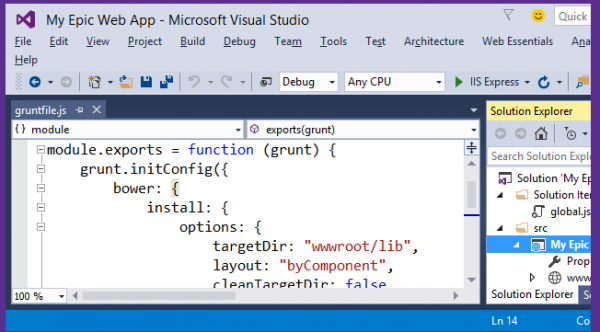 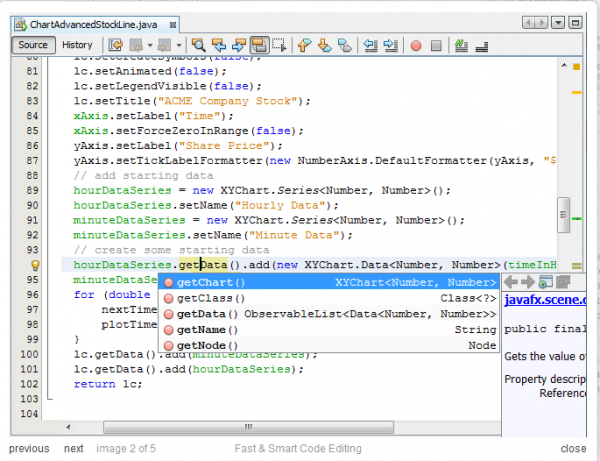 If you're looking for a good, open-source Java IDE, try Netbeans. It's ready to go with CVS, Git, Glassfish, Subversion and Tomcat. The support for C/C++ is likewise superb, and the application itself is easy to install (it only takes a single .exe). Its latest version, 8.0, is quite lightweight, making it easy to use for newbie coders. If you're considering an alternative to the likes of IntelliJ and Eclipse, Netbeans is a musttry. 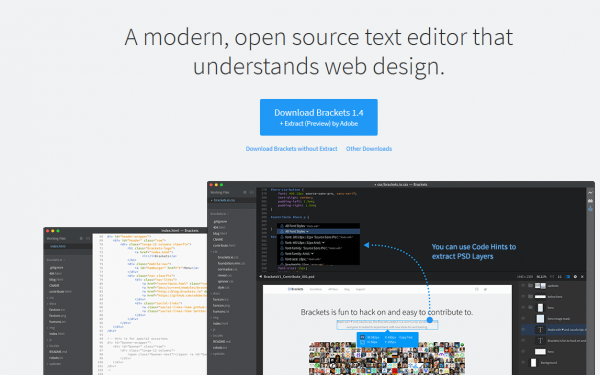 Efficiency is arguably Brackets' greatest strength. Features like Live Preview, quick edit, code completion, search, and file management panel system let you jump between different projects quickly. Additionally, it allows for one-click installation of extensions and themes, with its built-in extension browser. As an open-source application, Brackets is constantly being updated, so bugs are kept to a minimum. 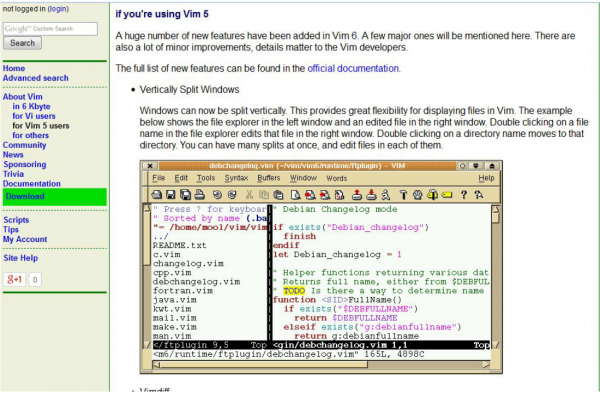 Vims may be an open-source application, but it can hold its own against pricier, and equally powerful, alternatives. With over a thousand patches applied to it since its release, this application has few bugs, and works across multiple platforms. Although it's mostly designed with programmers in mind, anyone who needs a text editor can re-configure Vim to suit their purposes. 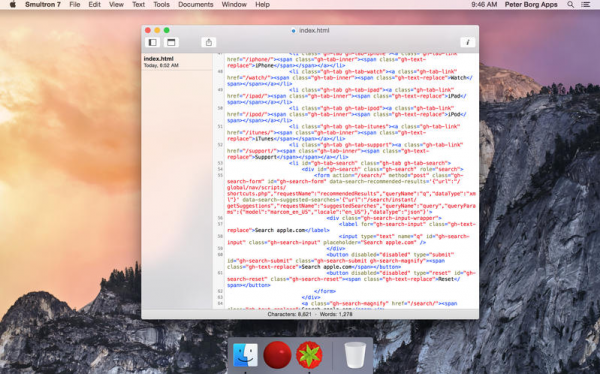 Designed for OS X, Smultron is a simple and intuitive text editor. It's handy for developers who need only the most basic tools (e.g. syntax highlighting, auto-complete), and for those who need a distraction-free alternative to popular word processors. Apart from the hiccups from opening multiple documents simultaneously, Smultron works well with lightweight coding tasks. Both versions of Smultron — the one from the Apple store, and the one from the developer's own store — cost $5. It's better to purchase the former, since, in the developer's words, "the version from our own store cannot sync themes, commands or snippets." 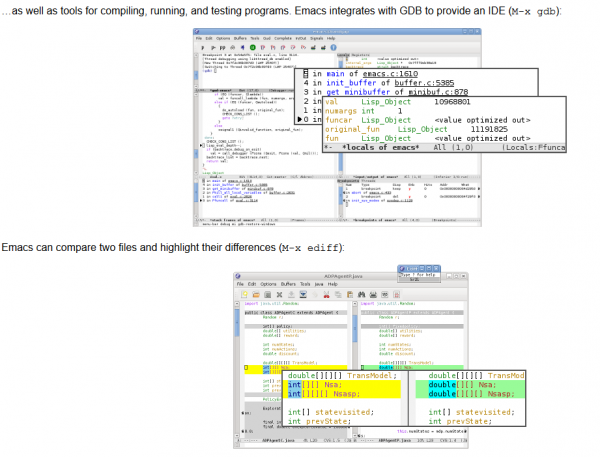 This one may be "ancient" by today's standards (it's been around since 1976), but it still packs a punch. No matter what task you throw at it (writing codes, customizing scripts, configuring a project planner) Emacs can handle it all. It's not a beginner-friendly program by any means, but for those who are serious about learning the nitty-gritty of programming, Emacs is a handy and rewarding tool to use.

Of all the editors on this list, TouchQode is the only one exclusive to Android phones. With it, you can highlight syntax, run basic scripts, sync files and perform other simple programming tasks on the go. As of this writing, the version for Apple phones has yet to be released. 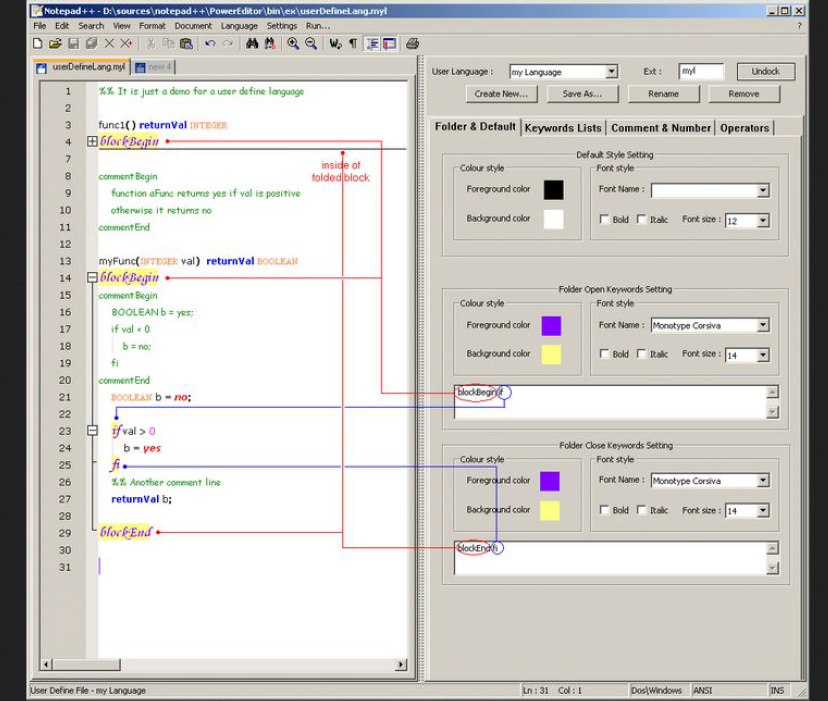 If Notepad++ has any flaws, it's the fact that it's only available for Windows. Other than that, it's one of the most powerful — if not the most powerful — text editors available. It supports 27 programming languages, comes with a load of useful plugins, has a clean interface and comes with a ton of features that help, rather than hinder, performance. You can even use it to build a website from the ground up, provided you know your way around codes and languages.

Since new editors/IDEs pop up on a regular basis, it's possible that an otherwise excellent app would've been omitted from this list. If you know of apps like that, feel free to share them in the comments below.

Kimberly is the pro blogger in the WHS family. News about the web hosting industry is what knows the best. Send her a question, or a drop a line in the comment section below, and she'll get back to you.